The Legendary Edition will be available beginning March 27 for PlayStation®4, PlayStation®4 Pro, Xbox One, Xbox One X and PC via Steam and the Microsoft Store, and packages the main game with the following downloadable content:

In addition to the packaged content, enhancements that will be available with Injustice 2 – Legendary Edition include:

Originally developed by NetherRealm Studios, Injustice 2 is being adapted for PC by QLOC and beginning today fans will be able to participate in an open beta that will be available on Steam.

Injustice 2 is available now for PlayStation 4 and Xbox One.

You can check out an overview of the title below.

Welcome to the Injustice 2 PC Open Beta which you can play for free! In order to test the Injustice 2 PC network code and infrastructure, we invite you to download and participate in this beta for a limited time. Note that only one-versus-one Multiplayer mode is available.

When the full game is released, you can expect the following features: 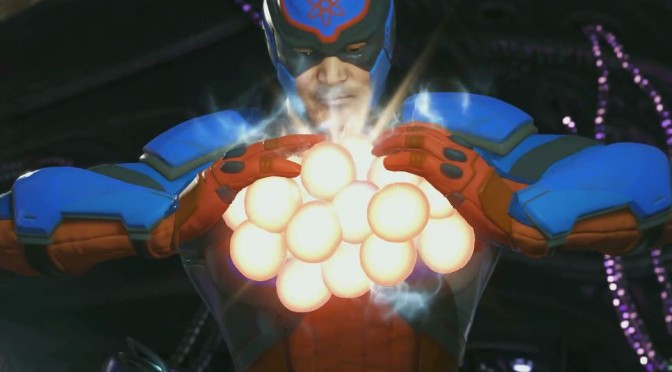 Warner Bros. and NeatherRealm Studio has announced the next character for Injustice 2, which will be Atom.

You can read a quick overview, and check out the reveal trailer below.

Physics prodigy Ryan Choi took on the mantle of the Atom when his mentor—and original Atom —Ray Palmer mysteriously disappeared. Now armed with quantum shrinking technology, Ryan will use the subatomic power of the quantum bio-belt to seek out his lost friend and further the fight for justice.

Didn’t get the Ultimate or Deluxe Edition? You’ll just have to wait until July 18th, where he will be available for purchase in the PlayStation or Xbox store.

Check out the official Sub-Zero trailer below!