Zombies in video games
by Dark-Laharl

Zombies have a long history in video games. We can trace them back to the NES and SNES era, for example, Zombies Ate My Neighbors. Zombies have proliferated every aspect of media in recent years –almost to the point people are sick of seeing them.  However, gamers still find zombie games fun to play, and developers are constantly altering the zombie genre to make game play fun for the players.

In the beginning, zombies were shown as shambling corpses out to eat human brains and flesh. In recent years, zombies have evolved into a deadly creature; more worthy of being a threat in video games. Zombies needed to become a threat because the old zombie (the shambling corpse) could only be a threat when they were in hordes.  If you found a lone zombie of the older variety it would easily be killed in the game posing no real challenge. Consider Dead Rising. These zombies are classic zombies, slow and dumb. They can be killed easily by shooting them in the head or dismembering them completely.
If you want to make a game where the biggest threat is the zombie, the zombie doesn’t need to be extreme. When you have a massive amount of zombies running (not walking) at you, your heart starts to pump a little faster. If you want to go the classic route, Hordes will work but only if you do it right. Games where zombie hordes are dangerous include Dead Rising, Dead Island, Dying Light, and Left 4 Dead. These games are only a few modern examples that have taken it a step further by making the mechanics of playing the game a bit more fun. Dying Light, for instance, lets you: modify your weapons, set zombies on fire, poison zombies (which is usually impossible to do), and electrocute zombies. Another mechanic they added to Dying Light is that more dangerous zombies come out at night, compared to the day time when they are dumb and slow.  At night they are smarter, able to climb, faster, and much stronger than your average zombie.

The predecessor to Dying Light is Dead Island. You’re stuck on an island over run by shambling corpses and tasked with surviving to find a way off the island. Dead Island is fun because it forces you to pick your battles. You usually have to beat zombies to death because guns and ammo are rare, but they don’t make it easy on you because you have a stamina bar. This means you can’t just beat zombies over and over until they’re “dead” because you’ll grow tired and left vulnerable. I believe Dead Island breathed new life into the genre because people are REALLY tired of shooting zombies.
Another good example for slow/dumb zombie hordes is Dead Rising the game is made so that all you do is kill zombies on your way to an objective. It can be really fun to mow down zombies in imaginative ways. Dead Rising provides the mechanic that allows the gamer to combine weapons to make super weapons like the “paddle saw” and the “nail bucket”. Dead Rising proves that you could make a classic shambling zombie game fun. Of course Dead Rising also includes psychos, and characters who went crazy because of zombie infestation. This is a good distraction from constant zombie killing but they are optional; you don’t have to kill them if you don’t want to.

When developers moved away from the horde to make the individual zombie a threat, zombies lost their humanoid shape and turned into mutants.  Take for example “The Flood” from the Halo series and the “Necromorphs” from the Dead Space series. “The Flood” takes a base creature and mutates it by adding whips to the hands, and growths to the torso which cause it to explode (in some cases). The “Necromorphs” are similar, except, instead of adding whips to their hands they grow sickles from their shoulders. The mutations in both Haloand Dead Space create a much deadlier zombie but they don’t want to eat the living; they just want the living to die so they can assimilate into the horde. I believe both “The Flood” and “Necromorphs” still fall into the zombie category because they fall into that dead/alive niche. This evolution of the zombie has become a necessity in order to try and keep the zombie genre fresh. 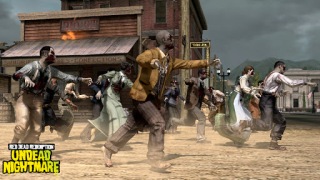 Zombies will not be falling out of favor as a character in video games any time soon. Zombies are a fun enemy; they are a good excuse to kill humans without them being “human”. The zombie is a great enemy for horror games.  Zombies (mutated or classic) will continue to find their way into video games and even weasel their way into games that were not originally a “zombie”  games to start with (Red Dead Redemption and Call of Duty being great examples).
Whether you love ‘em or hate ‘em zombies are here to stay. Personally, I love zombies. There’s something intriguing about humanoid enemies who are neither dead nor alive.  What do you guys think? Do you love zombies? What’s your favorite zombie themed game? Let me know what you think!
Disgaea 5 has launched in Japan, and here is the launch video, the spites have never looked so polished in HD. If you guys are like me and can’t wait for this game to hit the U.S. you can get an import online, or download it from a Japanese PSN account. Of course you would need a way to translate the game to be able to know whats going on.
Are you guy looking forward to Disgaea 5 to hit the west, and if so what do you guys think of the gameplay from the video?
You can also buy the game from PlayAsia from the link below
http://www.play-asia.com/makai-senki-disgaea-5-paOS-13-49-en-70-84y7.html

Microsoft has announced the free games with gold you can get for the month of April!

Child of Light- All Month Long

This is a great line up for the month. You’ve got action with Army of Two, a great shooter with Gears, some good adventures in Child of Light and Assassins Creed, and tons of replayability with Pool Nation and Terraria! 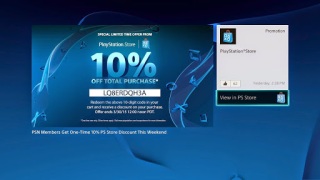 So where you thinking of getting Bloodborne, or even Borderlands The Handsome Collection? Well now is the time to do so with a 10% discount. Sony is offering this code to PSN gamers till the end of March.

Also don’t forget that Playstaytion is doing their Spring Fever 2015 games as well, you can find these games at the link below.
https://store.playstation.com/#!/en-us/spring-fever-week-4/cid=STORE-MSF77008-SPRINGFEVERLP?smcid=pdc:us-en:home:weekly-deals-digital-games

So what games will you be picking up, comment below and let us know.