Bandai Namco has announced the return of Miguel Caballero Rojo with his latest screenshots and reveal trailer.

After losing his sister in an airstrike ordered by the Mishima Zaibatsu, Miguel’s life has since been consumed with exacting revenge upon the Mishima clan. His heavy-handed fighting style and unrelenting drive for vengeance are powerful weapons when wielded by the right player.

You can catch Miguel Caballero Rojo in Tekken 7 early 2017 for Playstation 4, Xbox One, and PC.

Be sure to check out the screenshots and reveal trailer below. 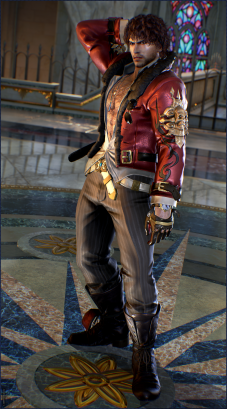