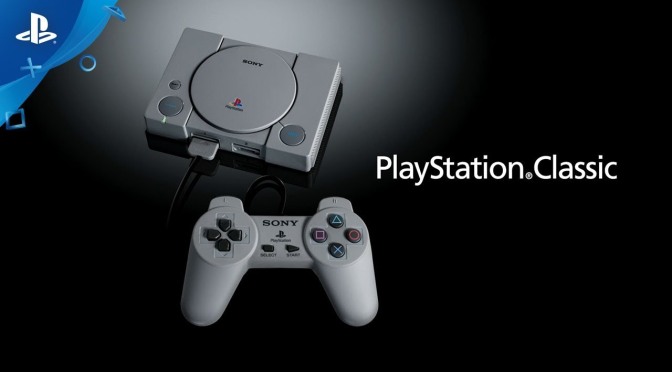 Sony Interactive Entertainment has announced that they will be releasing the Playstation Classic. This will be a miniature console that replicates the looks of the original Playstation, as well comes preloaded with 20 classic titles, including fan-favorites such as Final Fantasy VII, Jumping Flash, Ridge Racer Type 4, Tekken 3, and Wild Arms. The console is set to release December 3, in North America for $99.

You can check out the release trailer and screenshots below.

Akira has announced that Fighting EX Layer will launch worldwide (in 68 countries) for PlayStation 4 via the PlayStation Store on June 28.

The game will feature both English and Japanese text, and Japanese voice-overs. It will be available in the following editions:

Capcom has announced that they will be releasing set of three Darkstalkers-themed costumes for Street Fighter V: Arcade Edition characters Menat, Juri, and Urien on April 3 for $3.99 each.

Here is an overview and screenshots of each costume. 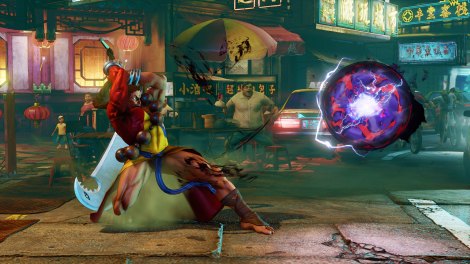 Neowiz Games has announced that they will launch DJMAX Respect for PlayStation 4 digitally in the PlayStation Store on March 6 in North America.

You can check out the trailer and a brief overview of the game below.

Developed by Rocky Studio, and published by Neowiz on PlayStation 4, Respect represents the culmination of every past DJMAX release, including every single song from the series as DLC available after launch. The base game comes packed with an unprecedented number of songs to play: 147 in total with 40 brand new songs created exclusively for DJMAX Respect.

All classic songs completely remastered, running at 1080p with 60FPS gameplay. In a first ever for the series, DJMAX Respect has support for local and online multiplayer via PlayStation Network. The achievement system, leaderboards, and collections are more robust than ever with three unique ways to track your progress among players worldwide.

Aksys Games has announced that it will release for PlayStation 4, PlayStation 3, and PS Vita in North America day and date with Europe on February 9, 2018.

The French-Bread-developed fighting game will be playable at PlayStation Experience 2017 in Anaheim, California from December 9 to 10.

Here’s an overview of the game, via PQube:

Under Night In-Birth Exe:Late[st] is the sensational new fighting game by developer French Bread, creators of Melty Blood, the fan-favorite fighter that’s been a staple of Japanese arcades and community events for years.

Hailed as a game that truly nails the perfect balance between traditional 2D fighter gameplay and the over-the-top action of ‘anime’ fighters, Under Night In-Birth Exe:Late[st] features an electrifying cast of 20 characters, 19 gorgeous stages to battle on, and a Chronicle Mode that will delight fans and newcomers alike with an all-new UNDER NIGHT IN-BIRTH single-player story.