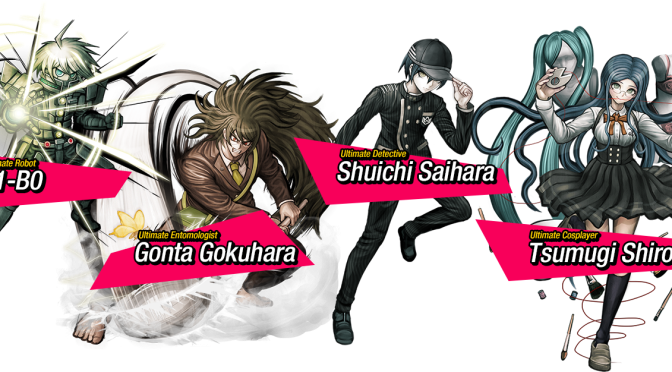 The best thing about Danganronpa games is the cast of characters you meet.  NIS is giving us the next round of Ultimate Students participating in the killing game! Upupupu! 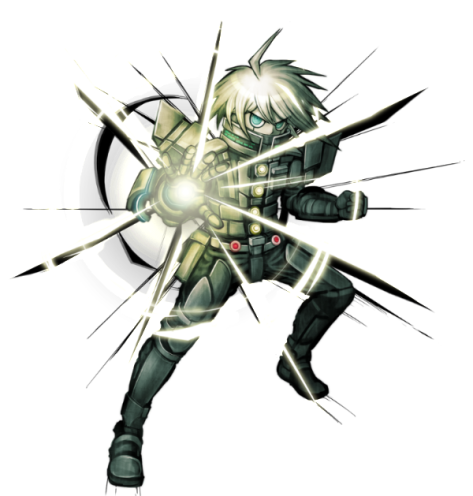 Equipped with recording functions and hyper-advance AI, Keebo can learn to be a real boy! Unfortunately, it doesn’t help him pick up queues from human interaction which in turn, leads to him making comments that get him in trouble.  Keeba is earnest, proper, and is sensitive about the issue of “robophobia”; he won’t hesitate to call out robo-discrimination! 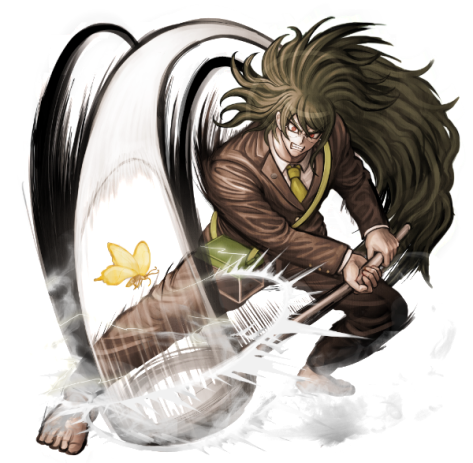 Raised by a pack of wolves for ten years after getting lost in a forest, Gonta learned to speak with animals and insects. After reuniting with his family, Gonta decided that he must always act like a true gentleman since he spent his childhood in the forest.  He has a hard time talking with students his own age.  Gonta is gentle by nature; he has never killed a fly! 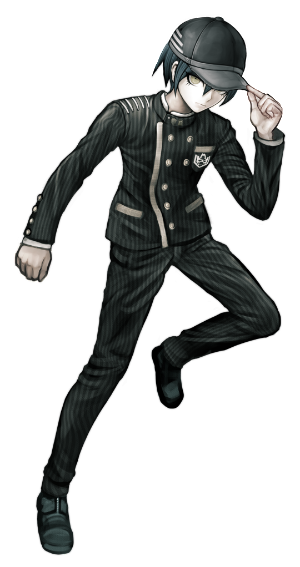 Another detective is in the midst of a game! This should definitely get interesting.  Shuichi is an apprentice detective with a variety of small jobs under his belt; mostly finding cheating couples. However, he did solve a murder before the police did and so he was named, “Ultimate Detective”.  Although, Shuichi doesn’t believe in his ability.  “Shuichi’s insecurities tend to make him rather timid, but he is quick to act in situations where his keen intuition is needed.” 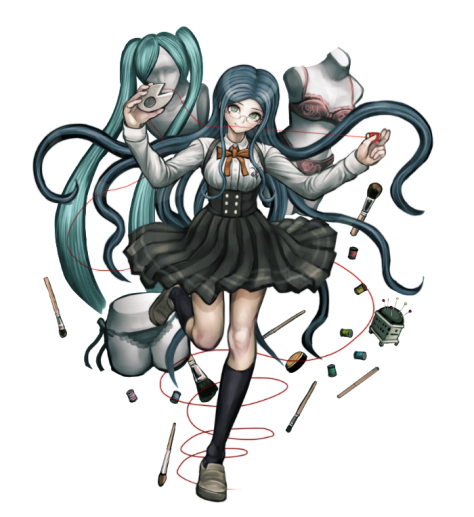 A true Cosplayer, through and through, Tsumigi loves making costumes but hates seeing her costumes on people who don’t truly appreciate the art.  Tsumigi is reserved, studious, and kind until Cosplay and Fandom are mentioned; she then becomes outspoken and passionate!   “She has a tendency to completely ignore those around her when she’s especially deep in thought. She also has a habit of referencing anime, video games, and manga over the course of a normal conversation. “