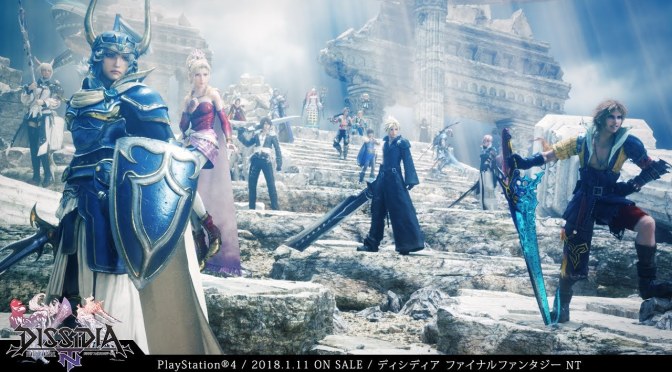 Square-Enix has released the opening video for the upcoming Dissidia Final Fantasy NT.

Dissidia is a fighting game title that revolves around the Final Fantasy franchise
featuring 28 confirmed playable characters, and pits players against each other in three-on-three combat with the ability to freely switch between characters.

Dissidia Final Fantasy NT is due out for PlayStation 4  January 30 in North America.