Bandai Namco has launched the second chapter of the Secrets of the Maw expansion for Little Nightmares.

The new chapter of LITTLE NIGHTMARES continues the adventure of The Runaway Kid, a young prisoner trying to escape the depths of The Maw, an eerie, dark vessel filled with dangerous and sinister enemies with voracious appetites. The Kid ventures into The Hideaway, a grimy place populated by the Nomes. Only by finding and rescuing these curious creatures can The Kid make his way out of The Maw; but first, he must uncover the secrets that are buried in their nest.

The third and final chapter of the Secrets of the Maw expansion will be released in January 2018, and will ultimately determine the fate of The Runaway Kid. 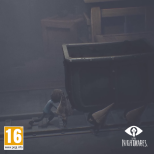 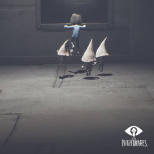 Have you had a chance to pick up this title?  What did you think of it? Let us know in the comments!