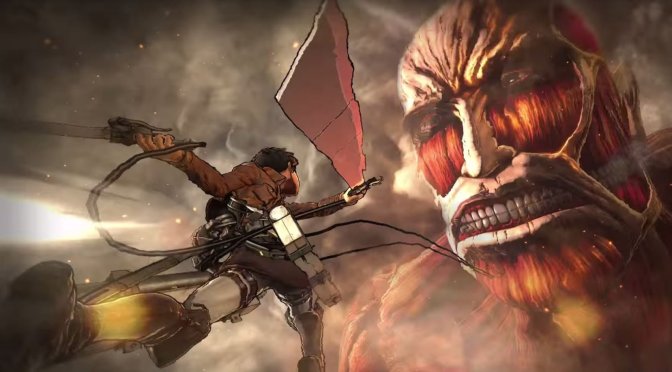 Koei Tecmo announced today that another Attack on Titan game title is in development by Omega Force.   To bring up the hype for the upcoming title, there is a teaser site that can be found here.

Building on the fast-paced action the series is famous for, and featuring an abundance of new gameplay mechanics, the gripping sequel will be released across America as ATTACK ON TITAN 2 in Early 2018. Players will once again don the renowned Omni-Directional Manoeuver Gear as they fight and repel the fearsome Titans that threaten humanity, to restore peace within the walls.

Did you have a chance to check out the first game? Are you excited to pick up the next title? Let us know in the comments!