Bandia Namco has announced .hack//G.U. Last Recode is coming to PlayStation 4 (physically and digitally) and PC via Steam in North America and Europe in late 2017. 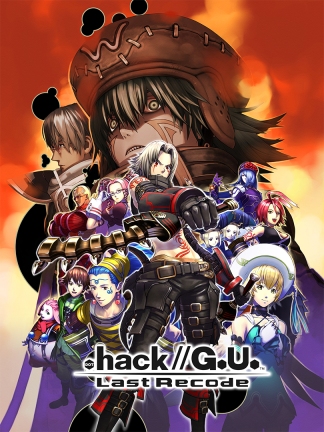 Here’s an overview of the collection, via Bandai Namco:

.hack is a multimedia franchise created and developed by famed Japanese developer CyberConnect2. Comprising of video games, anime, novels, and manga, the world of .hack focuses on the mysterious events surrounding a wildly popular in-universe massively multiplayer role-playing game called The World. .hack//G.U. begins after the events of the original .hack series with players assuming the role of Haseo as he tracks down a powerful Player Killer named Tri-Edge who killed his friend’s in-game avatar Shino, and put her in a coma in real life.

In addition to offering the .hack//G.U. trilogy, .hack//G.U. Last Recode will also include enhanced battle balance and game pacing to provide an optimal experience as well as a new Cheat Mode allowing players who want to just enjoy the story to start the game with full stats.