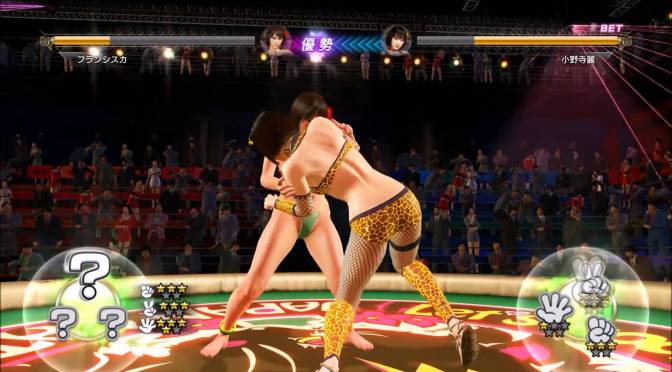 Sega of America has released a new trailer for the upcoming Yakuza 0, coming to Playstation 4 January 2017. The latest trailer titled “The Fun Side of 1980s Japan!” shows off the night life mini games Yakuza 0 has to offer.

You can catch a quick overview and trailer below.

The 1980s in Japan were defined by unprecedented amounts of decadent overindulgence – and nothing was out of greed’s reach, especially in Kamurocho. A chilly but electric Tokyo in December 1988 is the backdrop for Kazuma Kiryu’s ascension into the ranks of the Yakuza – the name given to members of notorious crime organizations. And with Yakuza 0, newcomers to SEGA of America, Inc.’s Yakuza series will be able to get in on the ground floor, with the game’s standalone, story-driven action that focuses on navigating the seedy underworld of Japan with series protagonist Kazuma Kiryu, and for the first time in a numbered title, players will be able to play as long-time NPC, Goro Majima – the Mad Dog of Shimano. Available on the PlayStation®4 computer entertainment system, the game will be localized and released as physical and digital versions in the Americas.

Yakuza 0 Features:
• The Dragon’s Origins: What lies in a man’s past defines his future, and in this case, we learn a lot about what inspires Kiryu down the paths he takes in the rest of the Yakuza series. Plus, you don’t get to be called “Dragon” without being able to knock a few heads. Combat styles can be hot-swapped during fights for some of the most intense battles in the Yakuza series to date.
• Embrace the Mad Dog: For the first time in a numbered game, long-time NPC Goro Majima is now playable. With his own fighting style, abilities, and his penchant for turning sleaze into profit, stepping into the role of Yakuza’s most eccentric character will provide some eye-opening insight.
• The Decadence of the 1980s in Japan: Cash rules everything in the world of Yakuza 0, and in the game, there are a million ways to spend, make, or take money. From cash spilling out of the pockets of gang members you fight to Telephone Clubs, Disco Halls, or even Pocket Circuit car races, there are tons of ways to be a well-to-do gangster.