Blazblue Centralfiction is releasing next week, and with all your favorite characters returning plus some new faces joining in. Four of the newcomers will be; Naoto Kurogane, Hibiki Kohaku, Nine the Phantom, and Hades: Izanami.

You can check out the details below to learn more about these four new characters. 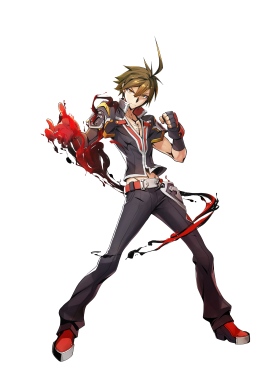 Naoto Kurogane
The protagonist of the novel, ‘The Bloodedge Experience’, Naoto mysteriously wields the Bloodedge, the same power that Ragna has. Naoto has been sent to the BLAZBLUE timeline by Raquel Alucard – a world in which he died long ago. Confused and lost, he tries to find a way home.
With a balanced playstyle, a sneaky ranged game and good, solid damage, Naoto is a great pick for the player who wants a character who has the tools to deal with any situation.

Hibiki Kohaku
Hailing from a clan of assassins dedicated to serving the Mutsuki family, Hibiki is Kagura Mutsuki’s loyal assistant and the only reason any NOL admin work gets done in the city of Ibukido. Under his calm and cool exterior, a seething murderous intent drives him.

Hibiki is fast and slippery, with the ability to project his shadow as a projectile or as a teleport at will, he can pressure from many distances and change position on screen instantly. His ability to pressure the opponent with highs, lows and side switches will suit the player who likes to rush down his opponent.

Nine the Phantom
One of the Six Heroes who stopped the Black Beast from consuming the world long ago, the wife of Jubei and the mother of Kokonie, Nine was presumed dead for a long time before being revealed as the Phantom who served Hades Izanami. Driven mad by her experiences as the Phantom, Nine has her own plans for the world.

Nine has quick attacks, incredible range, a dash that teleports her around and even a full screen overhead projectile attack. Nowhere on the screen is safe from her attacks. Nine is a fantastic pick for the players who enjoy driving their opponents crazy with oppressive space control.

Hades: Izanami
Inhabiting the body of Saya, the sister of Ragna and Jin, Izanami is the former Imperator of the Novus Orbis Librarium and the one who had been pulling the strings of events up until this point. Izanami is an immortal being intent on granting ‘the gift of death to the world’. Discarding her co-conspirators, Terumi and Relius, as well as her title of Imperator, Izanami prepares her end game.

Izanami is a mix of pressure and zoning, with the ability to change her ‘mode’ between follow-up attack options and multiple projectiles. She’s hard to catch, with her ability to float and move around the screen in irregular ways. Izanami is an excellent pick for players who enjoy having lots of options and frustrating the opponent with unpredictable play.