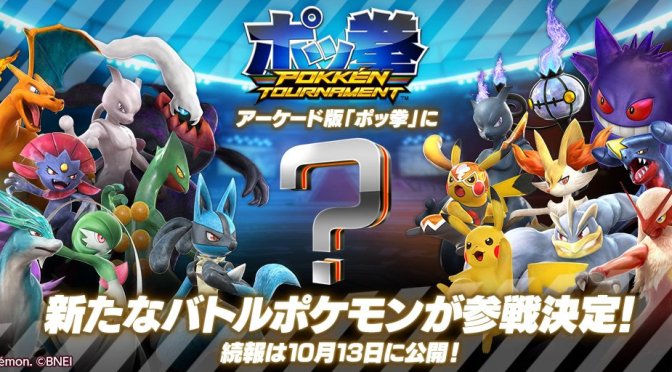 The official Pokken Tournament Twitter account teased that a new character will be added to the arcade machine in Japan.

This would not be the first DLC character, the arcade recently added Darkrai back in July.

No news on both characters has been announced for the Wii U version, but we will be sure to keep players informed.

Who do you hope is added to the game, and what our your thoughts? Leave your comments below.