But we are still waiting for the game

Although Grand Kingdom’s release has been delayed, it could be a blessing in disguise since developers are still adding different classes to the game.  In addition to the classes Grand Kingdom already offers, there will also be a Shaman, Lancer, Rogue, and Gunner class to add to your mercenary squad.

Check out the new recruits in action below! 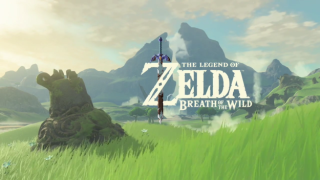 The player now gets to decide where to go, how to get there, and the order you do it.  There are also a variety of items, weapons, and approaches the player can take to solve puzzles and defeat enemies.
As the player becomes familiar with the environment you can find different weapons to defeat enemies, or find different foods that sustain hearts, or give Link a temporary boost or ability.
Another unique feature is the need to pay attention to the climate.  Weather and temperature shifts around Link, and you must have the ability to survive different natural conditions such as rain and cold.
There are over 100 Shrines of Trials that can be discovered in any order.  You earn special items and rewards that help you along your adventure as you solve the puzzles and traverse through the traps. The game is nothing but constant discovery.
This breath-taking game will release on the Wii U and NX systems in 2017.  Special amiibos will also be available for the game such Link with a bow (“Archer”), Link on horseback (“Rider”), and a “Guardian” that will be the first ever amiibo to feature moving parts. 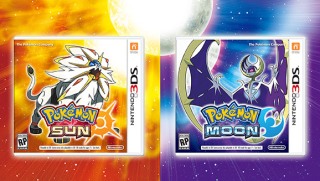 Pokémon Sun/Moon The first streamed gameplay of Pokémon Sun and Pokémon Moon showed a lot of new features to the game including a new Pokedex, New regions, and a new battle format.  Embark on a new adventure with new pokemon in a new tropical region called the Alola Islands. As everyone knows, the new started Pokemon are Rowlet, Litten, and Popplio and your mission is to discover the mystery behind the legendary Solgaleo and Lunala.
Amiibo November 4, 2016, Nintendo will release Daisy, Waluigi, and a glow-in-the-dark Boo amiibos from the Super Mario series.  There will also be new poses for Wario, Rosalina, Donkey Kong, and Diddy Kong
Treats Nintendo eShop is offering 40% off of popular game titles from June 14th-June 21st.  Some discounted games include The Legend of Zelda and Pokémon series, and Virtual Console games. 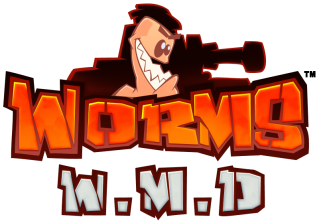 Worms W.M.D. is adding a brand new “crafting feature” to the game.  The game itself will feature 35 different utilities and weapons within the game but this number will expand to over 80 because of the addition of crafting.  Players will start with a specific amount of crafting ingredients depending on which game scheme they choose.  To collect more ingredients you will have to find Crafting Crates, or dismantle existing weapons. For example: dismantle a baseball bat and build a grenade!

Weapons and utilities can be crafted during the player’s turn or in between turns during online play.  Some weapons you can craft are: Party Balloon, Luzi, Electric Sheep, Sticky Grenade, and Concrete Angry Donkey.

Learn more by watching the trailer below!

PT or Metal Gear Solid?
We were all excited to see Hideo Kojima’s return to E3 and even more excited to see his first title under Kojima Production: Death Stranding. The trailer shows a beach littered with dead crabs and sea creatures. Then, we are introduced to a naked Norman Reedus and a baby on an umbilical cord (Kojima’s self representation of breaking away from Konami?)  We hoped for a Silent Hills resurrection (you know, because of Norman Reedus and the sink baby from P.T.) but I think Kojima might be going the way of Keiji Inafume (Mega Man) and Koji Igarashi (Castlevania). Death Stranding hints at another resurrection of Metal Gear Solid –without the MGS title.  The credit screen features, along with Hideo Kojima, MGS script writer: Hitori Nojima and MGS producer Kenichiro Imaizumi.

Will Death Stranding be another version of MGS, or do you think Kojima will make a game that goes in an entirely different direction? Let us know what you think in the comments!