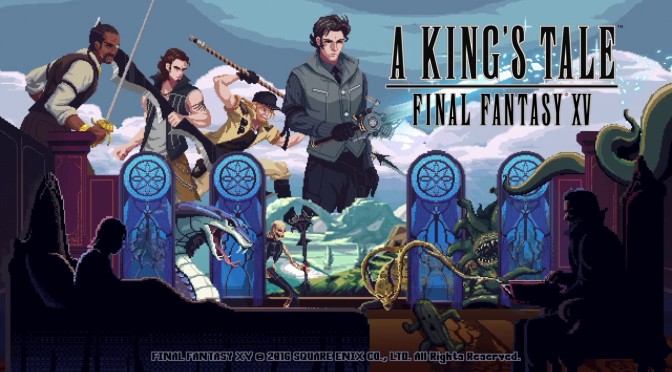 Today Square-Enix has released A King’s Tale: Final Fantasy XV, a former Final Fantasy XV preorder bonus exclusive to specific retailers, is now free for everyone on the Marketplace, and Playstation Store.

You can check out a quick overview  about the game below:

A King’s Tale: Final Fantasy XV is an action game with retro-styled graphics and fast-paced combat. Taking place a fictitious 30 years before Final Fantasy XV, the action centers around King Regis and his faithful companions (Weskham, Cid and Clarus) defending the royal capital from raiding monsters.