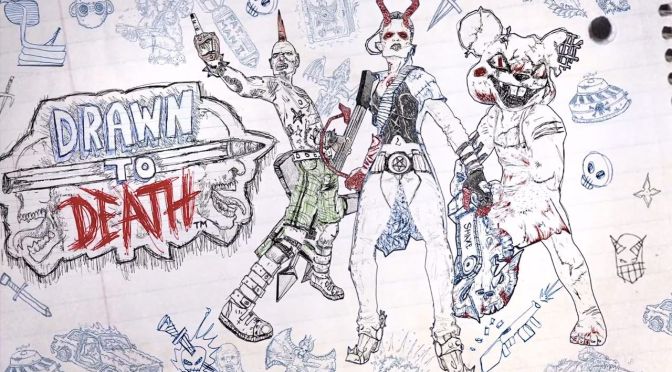 Sony Interactive Entertainment and The Bartlet Jones Supernatural Detective Agency announced that Drawn to Death will launch for PlayStation 4 (Digital) on April 4 for $19.99.

The fast-paced, highly stylized third-person shooter comes from David Jaffe, who is known for his work on the God of War and Twisted Metal series.

Here is a quick overview.

Acclaimed video game developer David Jaffe, director of multiple franchises including God of War and Twisted Metal, is back with the PlayStation®4 system exclusive—Drawn to Death—a chaotic, third-person death match shooter played out on the lined pages of a teenager’s notebook.

Drawn to Death challenges the shooter genre with unconventional gameplay mechanics and unique character perks, fine-tuned with the help of San Diego Studio and The Bartlet Jones Supernatural Detective Agency.