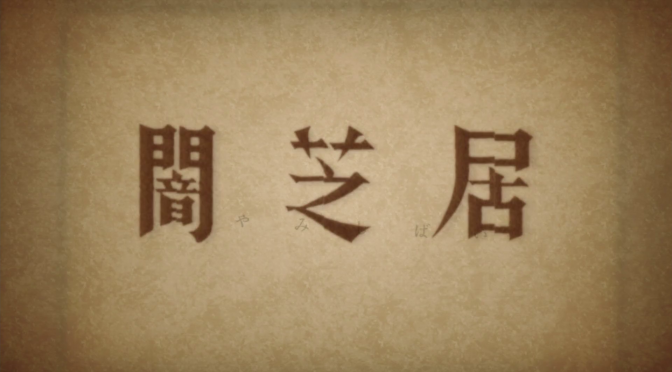 Yamishibai: Japanese Ghost Stories is a horror anime series animated in 5 minute shorts.  Each short is based on a tale from Japanese urban legends or myths.  What makes this series stand out is the unique animation style drawn to mimic Kamishibai style of story telling; street story telling using drawn scrolls/boards and simple theatrics. It was really popular in the 1930’s.  This one of those series where you gather your friends together, sit in a dark room, and see who screams first.

What I enjoy the most about Yamishibai is the pacing and flow of the stories.   The lack of in-depth animation and the simplicity of the dialogue create some wonderful moments you will be thinking about before you turn out the lights. With each season, we experience a different director’s take on Hiromu Kumamoto’s stories. Each season carries its own pace, tone, and method of story telling -pretty darn close to the original stylistic roots of Kamishibai!

Moving into to season 4, another style change is being implemented.  So far, only the first three episodes have been released on Crunchyroll.  What viewers will notice is that the stories have gone back to the roots of season 1, however, the episodes are heavily narrated; the story is told rather than shown through the animation and short dialogue.  So far, I really enjoy the stories of season 4 since it traces back to the roots of season 1. I haven’t picked up on a theme quite yet (Season 3 was all about monsters), but I’ll just have to wait until a few more episodes are released.

I have a lot of hope for the rest of the season.  Keep an eye out for a review on the first three episodes (coming soon)!  Have you had a chance to watch this series? What do you think of Season 4 for far? Let me know in the comments.