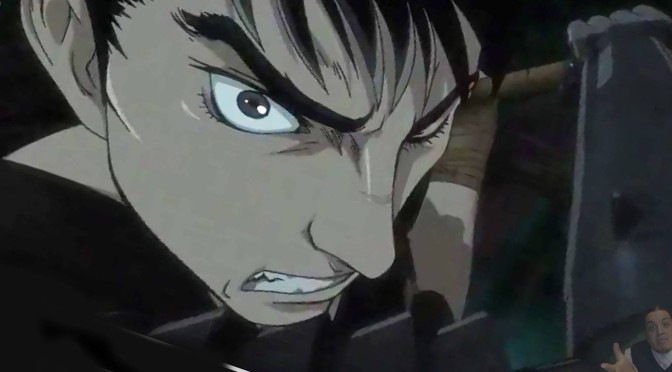 The first season of Berserk (2016) has come to a close today and  it has left me wanting more! If you have not watched or read Berserk before, some of this info might be considered spoilers.

In terms of the animation, Berserk is drawings over CG animation which is different from the original Berserk anime and more similar to the Berserk Movies. The result can sometimes be off putting, as it’s something most people are not used to; heck I’ve even seen a video on YouTube condemning the style. I’m not a huge fan of the style BUT it’s not as bad as the video made it out to be. After the first episode, I was accustomed to it.

The story of Berserk (2016) follows the events after the Golden Age arc, called the Conviction Arc (but also the Black swordsman Arc). Guts finds out that Casca has gone missing and he goes out looking for her. (Actual Spoiler) The anime ends with the return of Griffith in human form (End spoiler). This has definitely left me wanting more, and I can’t wait for next season coming spring of 2017 -so far away!! (not really I have other Anime to tide me over lol)

Did you watch Berserk (2016)? What did you think of it? Or will you pick it up? I recommended it not too long ago but if you haven’t seen the first Anime go watch that first, better yet watch the 2 movies they will get you up to speed AND the animation is better.