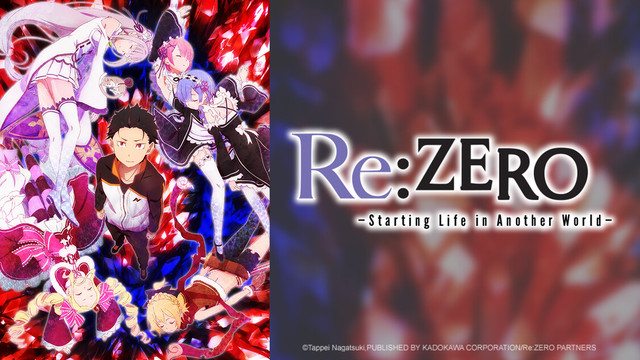 What would your first thought be if you were transported to a fantasy world out of nowhere? I think I would freak out. Subaru, on the other hand, instantly knows he is in a fantasy world and hopes that he was the “chosen one” with extraordinary powers- nothing could be further from the truth.

Subaru is almost mugged and then is saved by a mysterious girl in search of a thief. He agrees to help her and tracks down the thief only to be killed by someone. You would think that the main character wouldn’t die so early. But, he comes back from the dead to an earlier point in the day before he even met the girl and only he remembers. It takes Subaru a while to even realize he has the power to repeat some actions after dying, but when he does, he continuously relives certain days until he gets it right almost like Groundhog Day.

The story is quite interesting since nothing is ever the same, but at the same time it’s frustrating because I wondered why Subaru didn’t use some of his previously gained knowledge to his advantage on the next go around. All that being said, the Anime has a way of pulling at your heartstrings repeatedly every time Subaru fails to accomplish an important goal. I really recommend this anime. The first season is 25 episodes long, and there has not been any announcement for a second season. Go watch it and let me know what you think. If you already watched let me know what you think!

One thought on “NCG Recommends: Re: Zero”