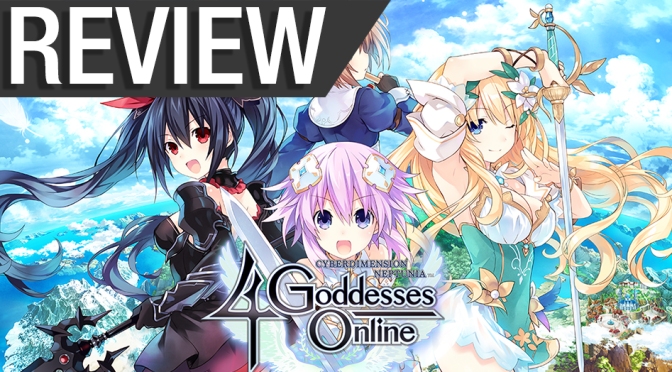 Want to play a MMO, but with the Neptunia CPU’s? Well you’re in luck….sort of! Cyberdimension Neptunia: 4 Goddesses Online is a title that mimics every aspect of what a good MMO has to offer, as well as keeping the Neptunia story telling from previous titles of the series. The only thing though is that it is not a MMO, but a single player title that acts like a MMO. 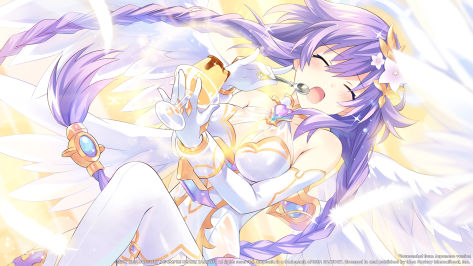 When jumping into any Neptunia title, your are not supposed to take the story seriously since most titles are for pure entertainment. Cyberdimension Neptunia: 4 Goddesses Online is no different. This time you find the CPU’s with some early access codes to test out a beta for an upcoming MMO titled “4 Goddess Online” set in the land of Alsgard. When they first enter the beta they run into Bouquet, a NPC with advance AI, who then tells them they are the chosen Ones that are tasked to save the land from the Demon King Jester by awakening the 4 goddesses. 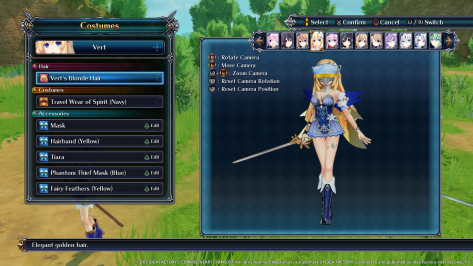 The story is fitting for a Neptunia title, but it is also not for all players, as it’s more comedic and is never serious. One thing I did like was that it has references to other media such as SOA (Sword Art Online), even a character that resembles the main hero of SOA. The story is recommended for any anime or Neptunia fan, and will fulfill the anime game fix, but there is nothing story wise for new players.

As I made my way through the different dungeons, fields and even the only town, I found myself really enjoying the soundtrack for each spot. It really brought each section to life, as well as made them really stick out. Weather it was the slow soothing music from the town, the epic exploration tune for the volcanic areas, or even the dramatic but yet ready for action tune from the dungeon, I felt like the soundtrack was superb and engaging. This is a highly recommended soundtrack to check out. 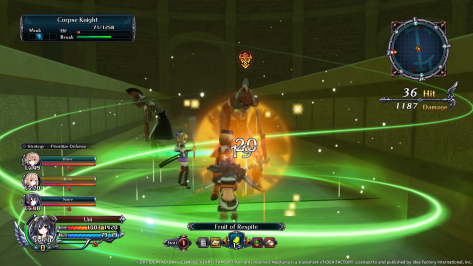 The game play is where the game shines, with its MMO aspects and hack and slash game play, all players will enjoy everything this game has to offer. Customization is a huge and fun part of Cyberdimension Neptunia: 4 Goddesses Online. Players will find themselves losing hours unlocking new items  to make their character their own and you are never feeling at a lost as you make your way through each battle with the customized character. Grinding to accomplish each quest and not to mention that the engine runs off Unreal 4, makes the game wonderful to look at and any player will notice with the new engine that Cyberdimension Neptunia: 4 Goddesses Online is well polished. 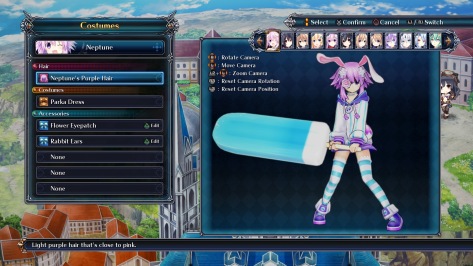 Even though the game is a hack and slash the title never gets repetitive, and feels like a new adventure. I really liked how the MMO game play was implemented; it felt like a new style of game play to me. Leveling up never felt more satisfying and new missions always had me wanting more. As I mention in the other categories, this title isn’t for everyone, but it is for the fans, and will have players playing for hours. They also brought back the online play where instead of AI’s taking control of each characters other players take in that place. This is super enjoyable and is one of the main reasons to come back to this title. 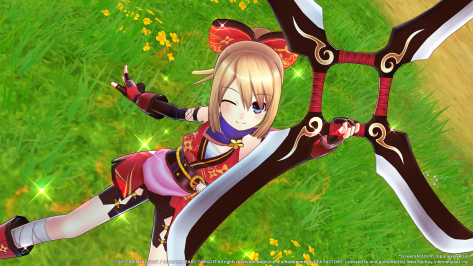 Cyberdimension Neptunia: 4 Goddesses Online is definitely a title to check out, with its game play that gives it its own identity, and the very addicting grinding system, as well as the magnificent soundtrack, players will feel part of the land of Alsgard. I really recommend anime fans, JRPG fans, and MMO fans to buy this title, as for new player, it is a game you must check out. I give Cyberdimension Neptunia: 4 Goddesses Online an 8 out of 10, as I know I will come back to this title from days on end.