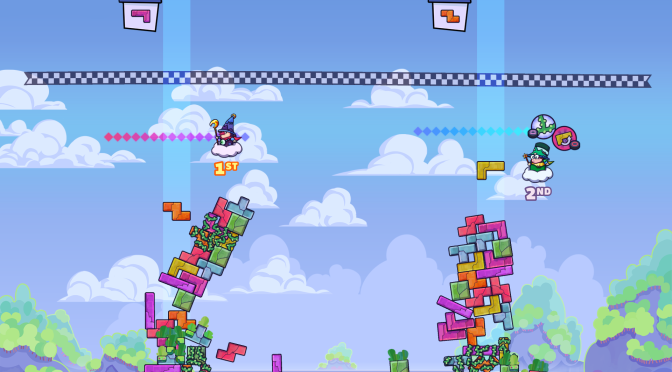 Developer studio Weird Beard has released a free new update, which added a “Tournament Mode” to the frantic physics-based building game Tricky Towers. Alongside with the new update , Weird Beard will also be doing a holiday giveaway as well.

Tricky Towers is out now for Playstation and PC.

Here is a quick overview and trailer of what to expect from the update and holiday giveaway.

Tournament expansion
It was high time for some healthy wizardry competition between friends and family and what better timing then releasing this expansion for the Holidays.
Next to the usual bug squashing and UX improvements, a free local and online multiplayer tournament system with printable party pack has been released. The Tricky Towers expansion includes;