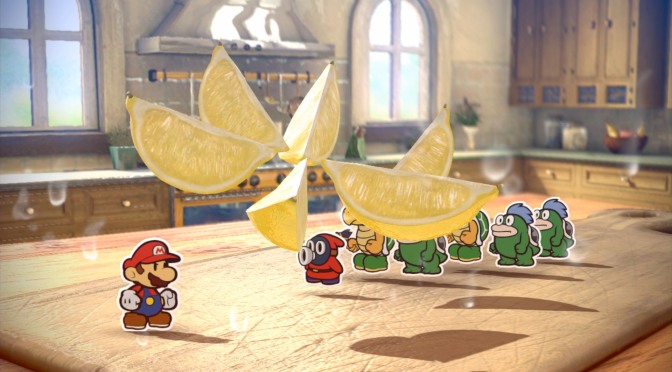 A new trailer has been released by Nintendo for Paper Mario: Color Splash, and it looks amazing.

The game begins when Mario receives a mysterious letter, which turns out to be a color-drained Toad. Mario and company trace the letter back to Prism Island to find that it’s been robbed of its color by dastardly paint thieves, throwing the island into chaos. To combat these thieves, Mario will use the power of paint to restore the functionality of objects that won’t work without their color and solve the siland’s puzzles to move forwards. Sometimes, you may need to cut out part of the world to find hidden paths. In battle, players will paint and use cards to attack

The game is set to release October 7, 2016. Be sure to check out the trailer below.